Where is God when the going gets tough? 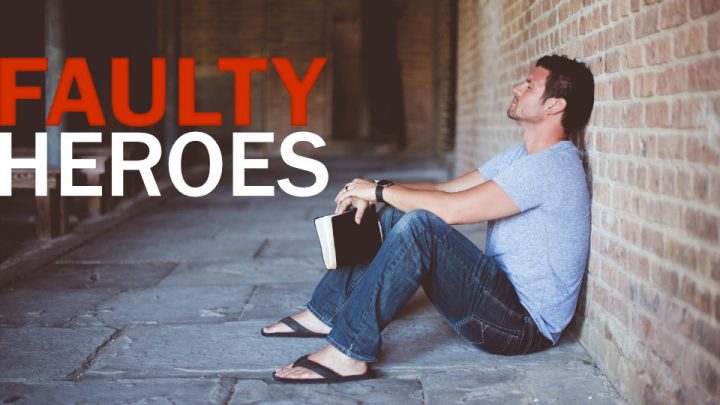 A New Year and a new series of sermons looking at ‘Faulty Heroes’ in the bible.

Christians today face many problems, from persecution by authorities, through temptations to compromise on Bible truth to personal attacks from Satan. The prophet Elijah faced such attacks and we can learn today from his experiences.

Elijah lived around 870 BC and was called by God to confront wicked King Ahab and the prophets of his god, Baal.

1. Confronting authority. 1 Kings 17:1.  In general terms we are called upon to respect those in authority – Romans 13:1-3 and 1 Timothy 2:1. This is because they are set in authority by God and they should seek to do what is best for us. However, should they seek to forbid worship, ban the Bible or stop evangelism then the word of God over-rides civil authority. We should then expect persecution. Elijah confronted Ahab with the warning that if the nation did not repent then God would punish them.

2. Confronting false religion. 1 Kings 18:16-40.  Ahab had led Israel into the worship of false gods. Elijah was called upon to confront the priests of this false religion which he did through the contest on Mount Carmel. The purpose was to turn the people back to the true God. (v37) When God showed His power the people turned to Him. (v39).

3. Confronting Satan 1 Kings 19:1-18. Satan hates it when God’s servants win a victory over him, so he punished Elijah by striking him down with a bout of depression. Firstly, God provided for his bodily needs – sleep (v5) and food (v7), then he demonstrated his power once again (v11 -13) and spoke to Elijah words of encouragement (v14-18). God speaks to us through His word and by the encouragement of others- 1 Corinthians 10:13 and James 1:12.

Elijah faced much opposition, but was faithful to God’s calling. Although he sometimes felt that God had deserted him, he came to know that God was with him even in his most difficult moments.

3. Do you think that the people had a real conversion experience in 1 Kings 18:39?

4. Do you think it was reasonable for Elijah to kill the prophets of Baal in 1 Kings 18:40?  See Deuteronomy 17:3-5. Is it right for people to kill those who oppose God as some moslem extremists believe? What did Jesus teach in Matthew 5:43-45>

6. How do verses like Isaiah 55:6-9 and Matthew 7:7-8 give direction to the Christian who is lonely and despondent?

Title: Where is God when the going gets tough?
Reading: 1 Kings
Preacher: Alan Cole

Ever had a family crisis?