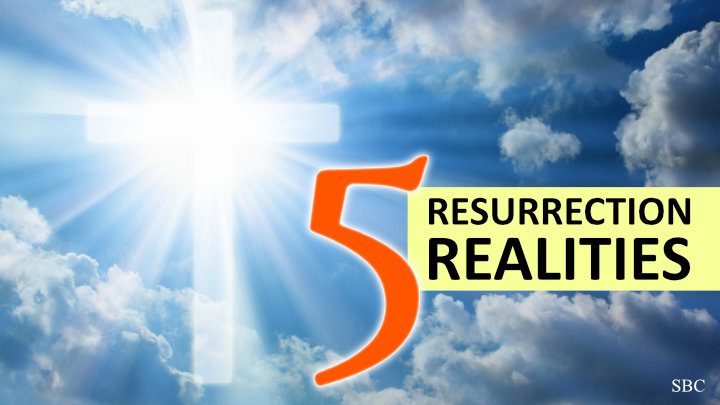 The fourth in a short 5 sermon series entitled – “RESURRECTION REALITIES” considering some of the blessings on offer as a result of Christ’s resurrection.

The service will also include communion and reception into membership.

Some people are good at anticipating objections before they occur; as in the case of the apostle Paul, who having earlier written about justification by faith, now anticipated an objection from the believers in the capital city of the Roman Empire – “shall we go on sinning, so that grace may increase?”

Pause 4 thought – Are you taking advantage of God by continuing to sin, safe in the knowledge that there is grace a plenty to forgive that sin?

The answer to the question is an emphatic – “By no means!” with what follows offering one main reason as to why the grace of God should not be presumed upon:

We have died to sin and been raised to newness of life in Christ (v 1-5.)

Believers cannot persist in living in sin because – “we have died to sin.” They have died to sin and to its penalty (Romans 6 v 23.) Something that is beautifully depicted in baptism by total immersion, where they die to sin as they go beneath the water, and are then raised to newness of life in Christ, thus identifying with Christ’s death and resurrection.

But despite this death to sin as illustrated in baptism, sin still seeks to master the believer in – “the body of sin,” something that Paul himself knew only too well from experience (Romans 7 v 18.) So in order that we should – “no longer be slaves to sin” in the body, we are reliably informed that – “our old self was crucified with him.” When Jesus died, we too died with him, and as sin had no dominion over him, so it now has none over us; and when he was raised, so we too were raised with him, giving us the power to conquer sin.

Pause 4 thought – Have you died to sin and been raised to newness of life in Christ?

But how do we make these facts a reality in our daily experience? Two responses would seem to be required:-

“Count yourselves dead to sin but alive to God in Christ Jesus.” This is not something that we are to feel, or even necessarily understand, rather it is something to be believed and acted upon. To know and to own this by acting upon it is the key to holy, rather than sinful living.

We are not to offer our bodies as – “instruments of wickedness;” instead they are to be offered to God as – “instruments of righteousness” (Romans 12 v 1.) God requires the body because it is a temple of the Holy Spirit (1 Corinthians 6 v 19 – 20 & Philippians 1 v 20 – 21) and because it is a tool in his service. Such an offering should not be an issue because we are – “under grace,” which means that we are not free to sin, as Paul’s objector’s falsely stated, but freed from sin.