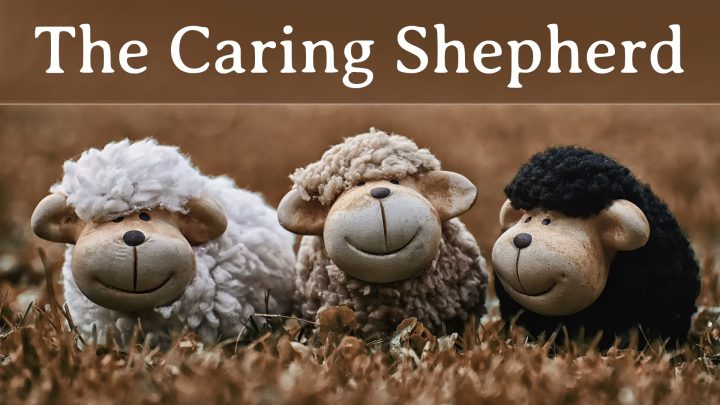 The service will also include communion
and reception into membership

Is this a single or a twin picture Psalm? There are those who detect in verse 5 a shift from the image of the shepherd to that of the host, which they also link to an experience in David’s life (2 Samuel 17 v 28 – 29.) Personally speaking I’m a supporter of the one picture view of a shepherd from beginning to end, which is supported by expounding the passage in a certain way. So here we go ……….

“You prepare a table before me in the presence of my enemies.”

This refers to a high, flat topped table like plateau to which the shepherd would take the sheep to graze in the summer. But before doing this he would go ahead of them to clear the area of any “enemies,” such as wild animals, snakes and poisonous plants, sometimes paying the ultimate price by giving his life for the sheep when attacked and overcome.

“You anoint my head with oil.”

This refers to the shepherd bathing the bruised and cut head of the sheep with oil, after it had engaged in a bout of “head banging” against a rock or a tree to rid itself of the irritation of flies and parasites.

The picture being presented is that of a COMFORTING GOD who anoints his people with oil; this in the Bible being a symbol of the Holy Spirit (1 Samuel 16 v 13) as well as of healing (Luke 10 v 34 & James 5 v 13 – 14.) So we have a God who soothes our irritations; who heals our hurts; small wonder that in the older translations of the Bible the Holy Spirit is referred to, not as as the “counsellor,” but as the “comforter” (John 14 v 16 & 26.)

This refers to the shepherd holding a large two handled cup full to the brim and overflowing with life giving water that the weary sheep would drink from when the returned to the fold in the evening.

Pause 4 thought – In a hostile world populated by many enemies, give thanks for the care and comfort that comes from a copious God who wants to fill the cup of your life to overflowing?