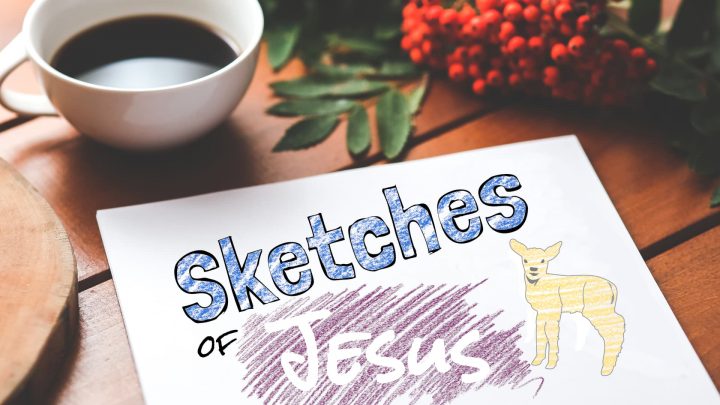 The 8th in our series of sermons entitled “Sketches of the Son of God” looking at some of the portraits of Jesus in John’s Gospel. The service will also include an infant & parent dedication.

After Jesus’ “terminator sermon” on the Bread of life had resulted in most of the crowd deserting him, his brothers suggested that he might like to visit the Feast of Tabernacles in Jerusalem with a view to re-claiming some of his lost popularity.

Part way through Jesus showed up, and then on the very last day of the Feast, when the priest’s poured water on the temple altar, Jesus, with impeccable timing, said in a loud voice – “If anyone is thirsty, let him come to me and drink. Whoever believes in me, as the Scripture has said, streams of living water will flow from within him.” We shall consider his words under three headings:-

Jesus knew that his audience were spiritually thirsty, and so he summoned them to come to him, the fountain head, and the only one who could eternally satisfy their spiritual thirst; something that he had already accomplished for the woman from Samaria (John 4 v 14.)

Challenge – Will you respond to the summons of Jesus by coming and having your thirst quenched?

Jesus stipulated that those who wanted their spiritual thirst quenched must not only come, they must also believe in him. The object of faith, the one being trusted is of fundamental importance; as discovered by the woman from Samaria and the local villagers (John 4 v 29 & 42) as well as the Philippian jailer (Acts 16 v 30 – 31.) Such belief is more than knowing about Jesus; it is knowing him personally.

Challenge – Will you obey his stipulation and believe in him?

Having come and believed the sequel is that our thirst will be quenched (Isaiah 44 v 3) as the Holy Spirit fills that vacuum and brings the desired refreshment, a promise that would later be fulfilled on the Day of Pentecost (Acts 2 v 1 – 4) and is today a present reality. The Holy Spirit’s presence is plentiful (“streams”); it is effervescent (“living water”); and he works from the inside out (“flow from within.”)

Challenge – Will you be a conduit of the Spirit that he might flow out to others?

The response was that – “the people were divided because of Jesus.” Some said that he was a prophet; others questioned his birth credentials; some wanted to arrest him; while others said that he was the Christ. The truth is that Jesus always brings division; some will be for him, some will be against him, but it is not possible to remain neutral. So what’s your response to Jesus and his invitation?