What was happening before the creation of the world? 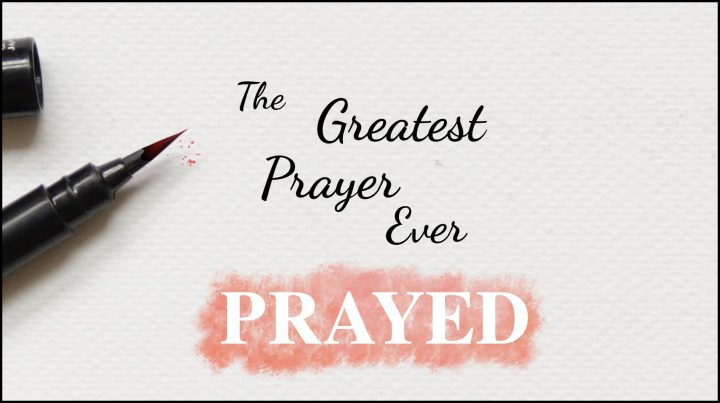 We return to our series on “the greatest prayer ever prayed” with the service also including communion, reception into membership and a prayerful send off for the shoeboxes.

Jesus had already prayed – “glorify your Son, that your Son may glorify you” and he now unpacks what that two way glorification will actually look like. For our purposes we will explore it by asking two questions:-

1 – How did the Son glorify the Father on earth?

Answer = “I have brought you glory on earth by completing the work that you gave me to do.”

So what was that work? The Father gave him a message to proclaim (Mark 1 v 15) and was glorified every time it was faithfully delivered; he enabled him to perform miracles and was glorified every time someone was ministered to; but the greatest glory was brought to the Father through the mediation of Jesus on the cross bringing God and humankind together (1 Timothy 2 v 5), because nothing brings greater glory to God than the salvation of a sinner (1 Peter 2 v 9.)

Having completed his work of mediation on the cross Jesus was then able to triumphantly cry – “It is finished” (John 19 v 30) with the cross not being an afterthought, but the climax of the Divine plan for the completion of his work on earth (Acts 2 v 23.)

Challenge – Are you bringing glory to God by completing the work that he has called and equipped you to do? (1 Corinthians 10 v 31.)

2 – How would the Father glorify the Son in heaven?

Answer = by responding favourably to his prayer for the restoration of – “the glory I had with you before the world began.”

So what glory did Jesus have before the creation of the world? The glory of existing in timeless communion with the Father and the Holy Spirit (John 1 v 1 – 2); as well as the sharing in the Father’s glory (Hebrews 1 v 3) which was something that he had to lay aside at his incarnation (Philippians 2 v 6 – 8.)

Therefore in this prayer Jesus is asking that his original glory might be restored to him upon the completion of his work; that the cross might be exchanged for a crown. On the basis of the testimony of Stephen we know that his prayer was answered by way of his resurrection, ascension and exaltation (Acts 7 v 55 – 56.)

Challenge – Are you as God’s temple in which his glory dwells, glorifying him in your daily life, in preparation for eventually sharing fully in his glory? (1 Corinthians 3 v 16 – 17 & 1 John 3 v 2.)

Theme: “What was happening before the creation of the world?”
Reading: John 17 v 1 – 5
Preacher: Chris Hughes
Led by: Chris Hughes