You can’t keep a good man down 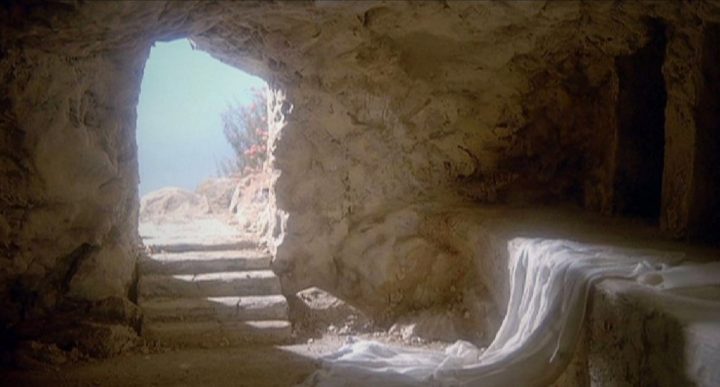 For a bereaved family, the final resting place of their loved one is an important matter. And as the life of Jesus agonisingly flowed from his brutalised body on the cross, an unspoken question hung in the air – “Who will afford Jesus a decent burial after his death?” After all his disciples had fled the scene of execution and only a few women remained at the foot of the instrument of torture.

Thankfully God had taken care of the matter centuries earlier, when the prophet Isaiah, looking into the future, spoke of the burial of a suffering servant – “He was assigned a grave with the WICKED and with the RICH in his death” (Isaiah 53 v 9.) And so in the providence of God, up stepped a rich man by the name of Joseph of Arimathea, who anointed with perfume, wrapped in linen cloth, and then buried in a brand new tomb the body of Jesus, not far from Calvary where the wicked were executed.

End of story? Don’t you believe it; it may well have been Friday, but Sunday was coming! So let us examine the events of that first Easter Day, which have three constituent parts that remain with us even today, and pose the question – where do YOU stand regarding the resurrection of Jesus?

In the mist of early morning some women visited the tomb in order that they might anoint the body of Jesus (Mark 16 v 1,) the assumption being that Jesus was dead. Despite his earlier comments about his suffering, death and resurrection (Matthew 16 v 21; 17 v 23; & 20 v 9) and the images of the destruction and rebuilding of the temple in three days (John 2 v 19) and of Jonah being in the belly of the large fish (Matthew 12 v 40) for three days and nights, they still did no “get it.”

People today, often without listening to or examining the evidence, continue to make the assumption that Jesus is dead.

When the women arrived at the tomb they got more than they bargained for in that there was a violent earthquake, an angel descended from heaven and rolled away the stone, and then, having perched himself on top, he made an announcement – “He is not here; he has risen,” before inviting them to check out the empty tomb and instructing them to inform the disciples.

People today will joyfully announce – “Christ is risen – he is risen indeed!” They will be convinced on the basis of what they have heard that the tomb is empty and that Jesus is alive and well.

As the women hurried from the tomb, they were met and greeted by none other than the risen Lord Jesus Christ himself who appeared to them. They worshipped him; then continued on their way to tell the disciples to rendezvous with him in Galilee.